The route Milies – Vyzitsa via the Milies railway station is a short yet very beautiful hike, running on a succession of cobblestone and earth paths, under the shade of walnuts, apple and chestnuts trees.

Milia Railway Station is one of the most beautiful building complexes of Pelion. The construction of the first section of the railway, between Volos and Ano Lechonia, began in 1896, while the section up to Milies was put into operation in 1903. The high aesthetics and austerity standards with which the Italian engineer Evaristo de Chirico composed the buildings are visible in all the works of the line, such as the elegant supporting walls and the multi-arched stone bridges, while the bridge of the torrent Vrychonas is also remarkable, as it is the first bridge of the country with reinforced concrete.

The nowadays itinerary follows the Ano Lechonia – Ano Gatzea – ​​Agia Triada – Agios Athanasios Pinakaton – Argyraika – Milies railway. It attracts thousands of visitors every year who want to feel the magic of Pelion nature and admire the harmonious intervention in the natural element.

In the terminal area of ​​Milia we can see the platform reversing the machine direction and enjoy the nostalgic atmosphere of the old station under the shadow of the tall plane trees and next to the deep ravine.

Immediately after the bridge, we see on our right a signpost and the waymarks of the path. At the beginning we climb smoothly on an earth path and then on a well-preserved cobbled path. We cross a terrain with rich Mediterranean maquis until we meet an asphalt road, just below the cemetery of Vyzitsa.

Next, we follow a dirt road that passes under the village and brings us to the church of Agia Marina. We continue on a very wide cobbled path and reach the main road of Vyzitsa, next to the church of Zoodochos Pigi.

The route is marked with red signs and several direction signs. 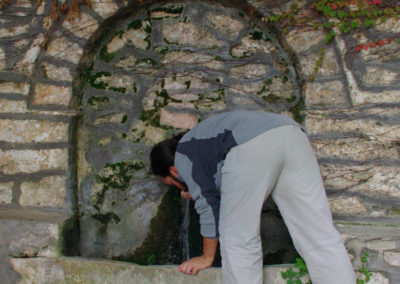 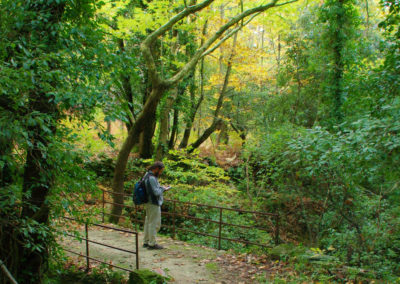 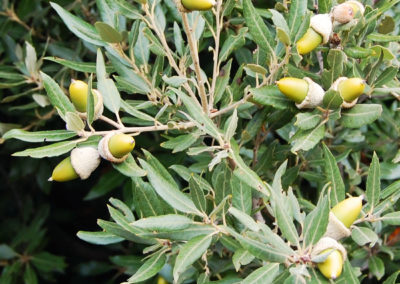 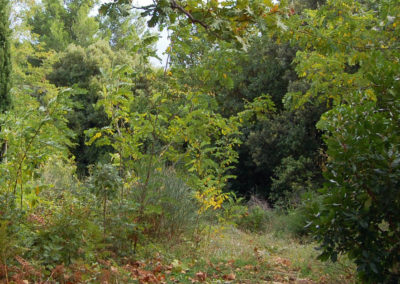 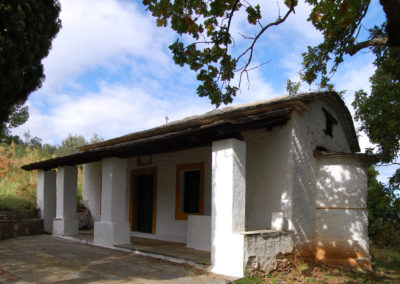 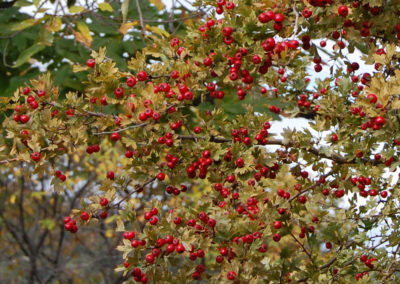 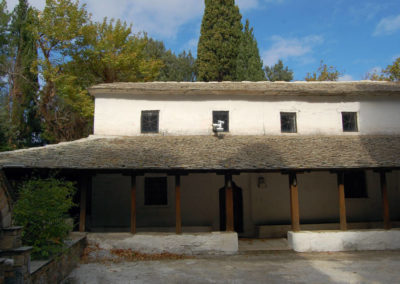 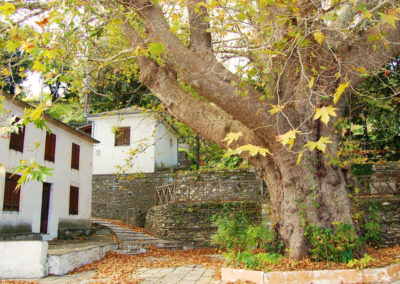