The old network of connections of the Argalasti zone had a radial scheme, an arrangement that had been dictated by the geomorphology. Neochori, which was outside the zone of influence of Argalasti and clearly included in the economic territory of Milies, was connected to Argalasti via the pathway to Afetes. However, there was also a transverse connection, through Syki, as part of the communications of Neochori with its coastal satellites – Plaka, Megali Vrysi and Agios Dimitrios. Today the trail Neochori-Syki is an interesting dirt path that completes the coastal connection through Kalamos and closes the loop between Milies and Argalasti from the mountainous area.

An alternative route to approach the picturesque settlement of Syki is starting from Neochori. We start from the village square and the imposing church of Agios Dimitrios and pass by the church of Agioi Anargyri. A concrete road leads us to the upper road of the village. We follow the dirt road for 560m. where we locate the beginning of the path. The earth path leads us to the next dirt road, which we follow for 400m. Another part of the path, wide and well-maintained takes us to an alley after 900m. The alley ends in a dirt road which we follow to the ruined church of Agios Efstathios.

From here we will walk on a very well maintained path downhill and withnin dense bushes. We reach a dirt road near the ravine of Granitsa and we pass over a ruined watermill. We use a shortcut to reach the tarmak road and end up in the central square of Syki. 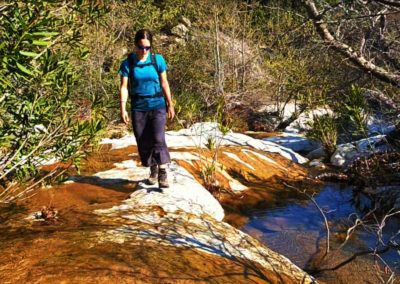 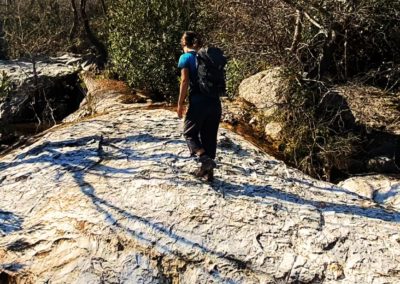 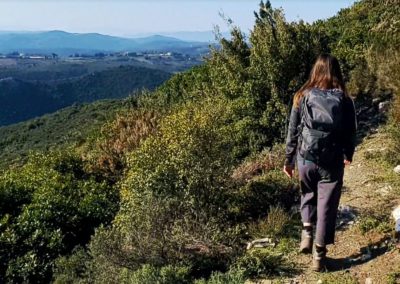 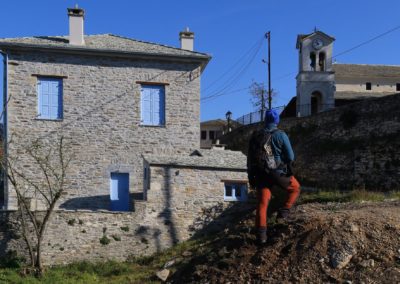 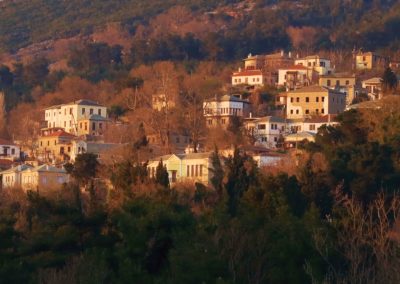 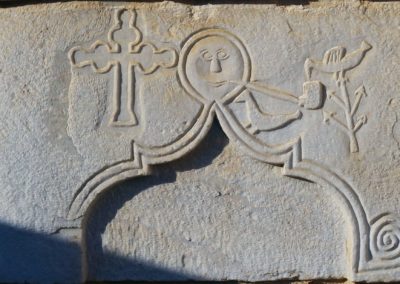 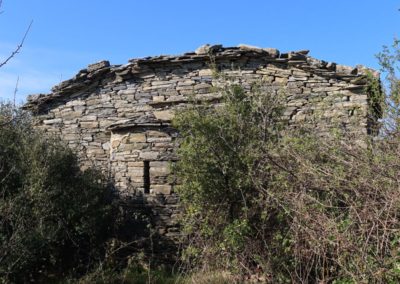 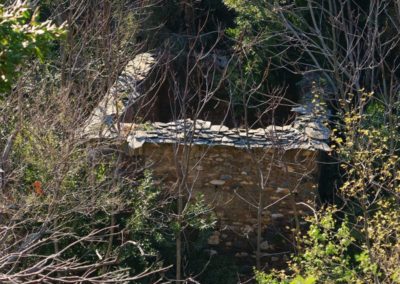