The Chania – Alikopetra passes near the Karamanis sanatorium. The sanatorium consists of an extensive building complex, which was created in 1909 and ran until 1963. The founder, Georgios Karamanis, was an acknowledged phthisiologist, who realized how beneficial this Mediterranean mild climate of the mountain region of Pelion would be for his patients, combined with the breeze of the Aegean Sea. Therefore, after he completed his studies, he decided to return to this home soil, the remote village of Drakia on Mt Pelion. His only goal then, was to establish a healing centre of the highest standards and according to the Swiss standards. Today, the buildings are ruined, blending with the natural environment.

We start our hike from the hamlet of Chania, an old mountain passage. Follow the main road for 900m and at the first crossing, go uphill towards the “Pan” refuge, managed by the Hiking Club of Volos. Find soon the first junction and follow a smaller alley. This alley crosses the Karamani stream and three adjacent cottages (fountain).

This part runs through dense beech forest. Continue on a partly destroyed alley till the building complex of Karamani sanatorium.

The old alley ends in the courtyard of the sanatorium. Passing the buildings, at the first bend, let the alley and walk on a wide earth trail with some short sections of cobbled path. Soon, we enter a stand of tall black pines. The paths ends on a dirt road, on a ridge with open view to Volos.

Follow the ridge. Soon the dirt road turns into a wide trail and then it becomes an earth path which runs through the dense vegetation of kermes oaks and other thorny species. We cross the main road Portaria – Chania and go downhill in an open field where we can spot a trough. Alikopetra is just on the other side of the asphalt road.

The route is waymarked with red marks. There are also numerous red-white marks which guide the participants of the trail running race Ultra Trail Pelion. 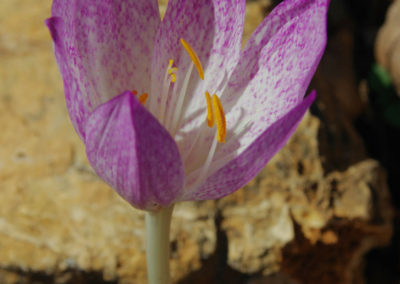 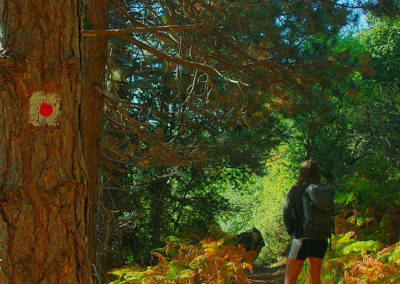 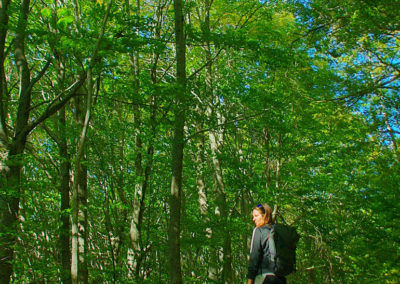 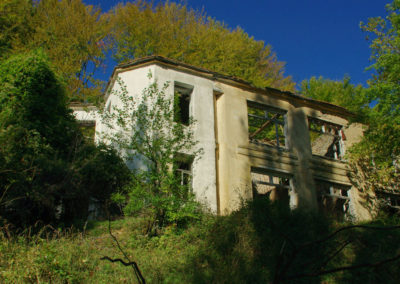 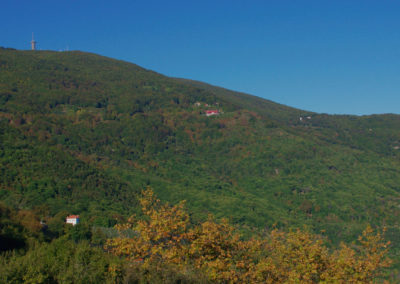 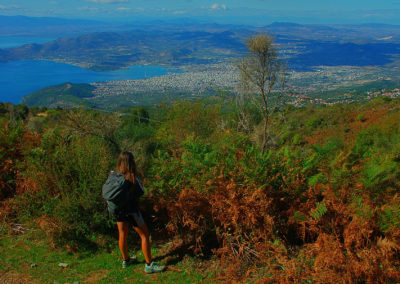